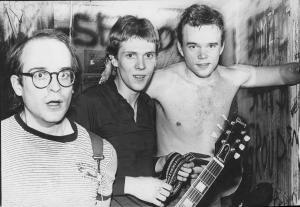 The documentary film, “Jay’s Longhorn,” explores the former Minneapolis nightclub called Jay’s Longhorn, which was opened June 1, 1977 by owner Jay Berine and his friend and booker, Al Wodtke. The opening show featured local rockers, Flamingo. At the time, the former Nino’s Steakhouse was the only venue that regularly featured original punk rock, new wave, and indie rock music in Minnesota. In fact, Jay’s Longhorn opened nearly three years before the 7th St. Entry and at a time when the venue that would become First Avenue — Uncle Sam’s — featured disco and progressive hard rock bands.

The house DJ was Peter Jesperson, an influential music fan who worked at Oar Folkjokeopus and later helped found Twin/Tone Records, which signed many of the Longhorn bands. Jesperson also went on to manage the Replacements. The other Twin/Tone founders were Charley Hallman, a reporter with the St. Paul Pioneer Press, and Paul Stark, a sound engineer who produced several local records, including the first two 45s by the Suicide Commandos. Stark also is responsible for installing the first P.A. in the Longhorn.

Jay’s Longhorn, located at 14 South Fifth Street in downtown Minneapolis, burned brightly but relatively briefly. After Berine left in 1978, the Longhorn was taken over by his cousin, Hartley Frank, who was not nearly as beloved as Berine. Still, Frank ran the club for several more years before running into competition from Duffy’s, which opened in 1979, and the 7th St. Entry, which opened in March 1980. The Longhorn soon began to lose its prominence as a nightclub and musicians frustrated with dealing with Frank moved on to other locations. Frank changed the club’s name to Zoogies in 1982 and it wasn’t long before its doors closed for good.

Today, the building still stands, stripped of its Western decor, serving as a storage warehouse for Xcel Energy. The memories and the influence of Jay’s Longhorn, however, live on. And nearly all of its original musicians continue to play and record new music. 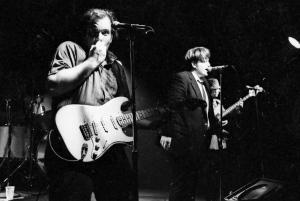 Ernie and Bill Batson of the Hypstrz (Photo by Paul Lundgren)

The first song I recall liking was Ring of Fire by Johnny Cash. I was 4 years old and had memorized the song’s number on the jukebox in the bar my parents frequented in Black River Falls, Wisconsin. I played it over and over and over. My parents favored Hank Williams. That suited me, too.

Not long later, the Beatles arrived in America and in our living room, thanks to Ed Sullivan. They meant everything for several years. After moving to the suburbs of St. Paul, Minnesota at the age of 6, I would listen to the Beatles, mixed in with the Rolling Stones, the Animals, and local bands — the Castaways and the Trashmen and more — on KDWB and WDGY AM radio.

By the time I entered high school, music was more popular than ever. The air waves were dominated by a combination of easy listening and progressive rock — bands like America, Captain and Tenille, Foghat, Barry Manilow, Kansas, and a little later, disco. Nothing against any of that, but it didn’t click for me. Something was missing.

In the summer of 1976, right after I didn’t graduate high school, I met Billy and Ernie Batson — the leaders of King Kustom and the Cruisers, a 1950s tribute band that went well beyond the typical do-wop sock-hop routine of other ‘50s acts of the day. They evolved into the Hypstrz, a psychedelic 60s powerhouse that still plays today. King Kustom and the Hypstrz were a refreshing relief from the highly produced sounds of 1970s radio and the hundreds of Top 40 cover bands playing in bars throughout the Twin Cities.

Then on July 2, 1977, Billy and Ernie took me to a St. Paul bar called Kelly’s Pub to see a band called the Ramones. I had never heard of them or the opening act — a Minneapolis trio called the Suicide Commandos.

My life changed. Little did I know then that the Minneapolis music scene already was changing, thanks to a small group of musicians and tastemakers. In fact, just a month before the Ramones gig, Jay Berine took over the Longhorn Bar in Downtown Minneapolis, dubbed it “Jay’s Longhorn,” and started booking local punk rock and indie rock bands who happened to play original music — something very radical for the time. Soon, the Longhorn also became the club for international, up-and-coming bands touring the country, including Elvis Costello, Blondie, The Police, the B-52’s, and Talking Heads.

I became a regular and even had the privilege of playing that same stage with my band, the MOR’s.

The reason I’m creating this documentary is to tell the story of Jay’s Longhorn and to, hopefully, convey its importance to Minneapolis music history. 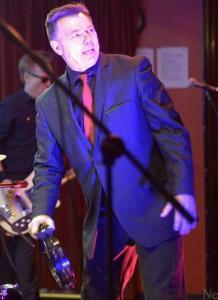 Engebretson was the vocalist in the MOR’s, a band that played Jay’s Longhorn in 1979 and 1980. He was also the vocalist for the Whole Lotta Loves, a garage-rock band that existed primarily from 1981 through 1986 and was featured on Big Hits of Mid America Volume IV. He has fronted the Silverteens since 2012. 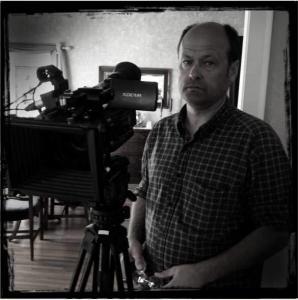 Minneapolis-raised filmmaker Jeff Baustert studied journalism and broadcasting at the University of Minnesota before moving to Los Angeles where he built a career in film, television, and photography.

As director of photography he has shot projects all across the United States as well as in Mexico, Jamaica, England, Scotland, Ireland, Spain, South Africa, and Zimbabwe.

The films he’s shot have won numerous awards and have been shown in theaters as well as having been broadcast on PBS, Showtime, Disney, Nickelodeon, Fox, and local television. Jeff has also shot music videos, commercials, episodic TV, industrial films along with feature films.

Currently he is working as a member of numerous documentary productions. 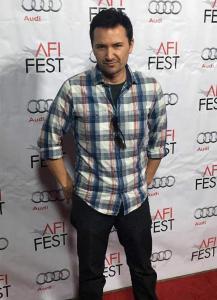 Tim Beaufoy is a filmmaker and the principal at Lookwhoo, a creative agency that specializes in marketing, video and multimedia, and design.